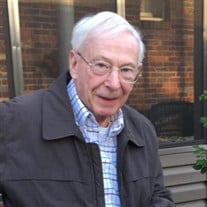 Dr. Joseph Michael Raper was born on September 10, 1931 in Jackson, Tennessee. He was a kind gentleman known to many as “Papa “Joe.

He married Mariann Caldwell of Amory in and in 1957 he began his private dental practice in Amory. When Mariann became terminally ill in 1998, he closed his dental practice to be her caretaker.

He loved dogs and the outdoors. He was a pilot, an avid fisherman and a gardener.

He is survived by his daughter, Cynthia (Penny) Caldwell Raper and her children, Jane and Erik Sherman both of Nashville, TN; a son, Joseph M Raper (Joe2) and his son Michael Raper and wife Alexandra Raper, all of Madison Alabama.

In addition to his parents, he was preceded in death by his wife, Mariann Raper, and his daughter-in-law, Jan Raper.

Services for Dr. Raper will be at 1:30 P.M. , Friday, January 14, 2022 at the First Presbyterian Church. Pallbearers will be Chuck Caldwell, Tommy Cole, Erik Sherman, Greg Harris, Brian McCullen and Brooks Wright. Honorary pallbearers will be Wayne Thompson and Billy Sizemore.