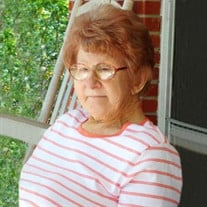 Nettleton – Vera Nell Riley Taylor, age 93, departed this life and entered her eternal home on January 20, 2022, at the Meadows in Fulton, MS, where she had resided for the last four years. She was born on November 13, 1928, in Lee County, MS to Benjamin Harrison Riley and Nancy Ola Smith Riley.

She was a 1948 graduate of Nettleton High School. She then began working at Reed’s Manufacturing in Nettleton, before meeting and marrying the love of her life, James Theron “Tiny” Taylor on May 31, 1958. Together they built a life of love where she became a homemaker helping raise their two children. When their children were older, she went back to work in the Nettleton School Cafeteria before retiring in 1992 to enjoy her grandchildren. She enjoyed gardening, sewing, gospel music, watching the Golden Girls, and cooking for her family in which she was exceptional. She was wonderful and loving wife, mother, grandmother, and great-grandmother.

She was preceded in death by her husband, James; her parents; brothers, Hansford, Lunceford, and Dorsey Riley; a sister, Annie Laura Riley Tanner; and special grand-daughter, Emily Grace McCollum.

The family would like to give a special thanks to the staff at The Meadows for the exceptional care, love, and compassion that she received during her stay.