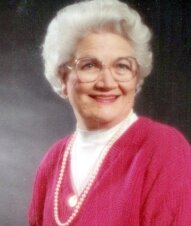 She was retired from the University of Memphis (Memphis State University) as secretary in the School of Business. Gracie was an active lady in the City of Memphis. She was a friend of the Orpheum and worked as a volunteer with Memphis in May for many years. She volunteered her time with many other groups in the city.

She was preceded in death by her parents, husband, Charles Eckford Templeton, son, Gary Templeton, and son-in-law, Fred Lester.

Visitation is scheduled for Tuesday, January 11, 2022 from 1:00-2:00 p.m. at Welch Funeral Home in Starkville, MS, with the funeral service immediately following in the funeral home chapel.