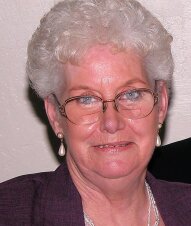 Peggy Kolb Hartness, 78, of Starkville, Mississippi, passed away peacefully at home on Monday, January 10, 2022, surrounded by her family.

Peggy devoted her life to her husband and family. She enjoyed gardening and cooking. She was always in charge of cooking the cornbread dressing at family gatherings, because hers was the absolute best. She is finally reunited with her Davis, and has found everlasting peace.

The funeral services will be held at Welch Funeral Home on Friday January 14, at 1PM, with Brother Dickie Bryan officiating. Visitation will be held prior to the funeral from 12-1. Interment will be at Memorial Garden Park Cemetery in Starkville.