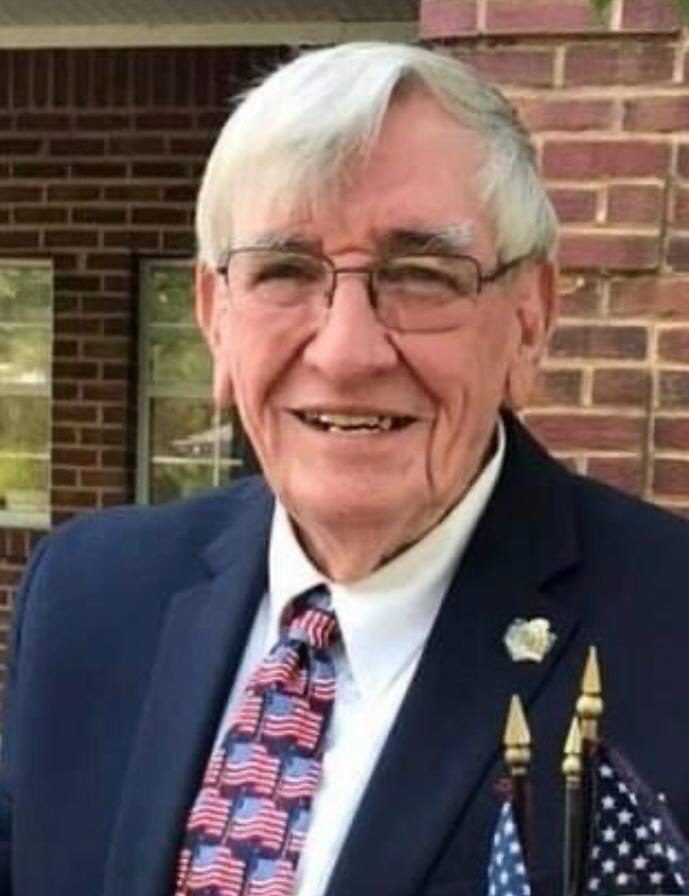 Grady Wigginton was born at home two miles west of Guntown, MS on June 30th 1937.He was born to William Ira (Jake) Wigginton and Ara Lorine Melson Wigginton. He had one sibling David Vernon Wigginton born 11-1-1948 and died 2-12- 2013. Grady was proud to have been raised in a rural area where he learned about nature and the creatures that God made. After graduating from Cedar Hill High School in April 1956 he entered The United States Marine Corps. On May 7th, of that year. He was 18 years old at that time. He never forgot the oath that he took to defend our nation from the enemy without and within. He was promoted to rank of Sergeant (E-4) in twenty two months. Grady believed in God first, country second, and then family. He believed if we did not have a free country we would not be free to have a family as we know it in these great states of America.

He is survived by the lady that he loved from first sight, June Marlowe Wigginton.They met on Jan. 28th 1958 and married October 7th 1958.God blessed Grady and June with 3 children, 10 grandchildren, and 6 great-grandchildren. Grady loved nature and the simple things in life. He loved pets and had many over the years. Grady was employed by (CPI) the company that made portraits inside the Wal-Mart stores for 27 years and 6 Months. As a District and Regional manager he hired many employees and saw to it that they were trained. He enjoyed working with and motivating people that he worked with. The hard work and good customer service of these employees caused their Region and District to win many awards for sales and profit. Grady always wanted upper management to know that it was and always will be the employee that is waiting on customers who is the most important person in any company. Family history was his hobby and he enjoyed it. Grady was a member of Hillcrest Church of Christ in Baldwyn, MS. where he served as an Elder. He believed the Bible to be true and that it is God’s Will that all learn what’s in this Will and become obedient to The Gospel.

Some of his favorite verses were.

Romans 12: 1-2 1 I beseech you therefore, brethren, by the mercies of God, that ye present your bodies a living sacrifice, holy, acceptable unto God, which is your reasonable service.2And be not conformed to this world: but be ye transformed by the renewing of your mind, that ye may prove what is that good, and acceptable, and perfect, Will of God.

Eph 4: 4-64 There is one body, and one Spirit, even as ye are called in one hope of your calling;5 One Lord, one faith, one baptism,6 One God and Father of all, who is above all, and through all, and in you all.

2 Timothy 1:7For God hath not given us the spirit of fear; but of power, and of love, and of a sound mind.

He also leaves a sister-in-law, Jan Gillentine Wigginton of Tupelo MS; a brother-in-law John Marlowe and his wife Jean Crabtree Marlowe of Durham NC; a sister-in-law Annette Marlowe Brauchler and her husband George of Denver CO. There are also many nieces, nephews and cousins.

He was preceded in death by his parents and his brother David Vernon Wigginton and one sister-in-law, Betty Marlowe Sine.

Funeral services will be held at Waters Funeral Home on Saturday, February 05, 2022 at 2:00 p. m. with Bro. Danny McCollum and Bro. Ricky Kimbel officiating. Burial will be in Campbelltown Cemetery.

Visitation will be at the funeral home on Saturday from noon until service time @ 2:00 p. m.