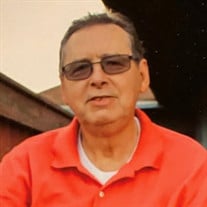 John Thomas “Tommy” Murphy, Sr. of Booneville, MS passed from this life Thursday morning, February 3, 2022, at the age of sixty-eight. He was born the son of Ednis Jones Murphy and Leonard E. Murphy on July 7th, 1953 in Michigan City, Indiana.
Tommy was an active member of The Church of Jesus Christ of Latter-Day Saints, and served in several positions. He loved the gospel of Jesus Christ and serving his fellowman. He was a printer by trade, but spent time learning several vocations and developing skills in woodworking, mechanics and small engine repair.
Retirement in 2002 afforded him time to continue developing these skills and proudly maintain a nice yard at his home on Third Street. Tommy’s true passion and his real pride and joy was his family. Nothing was more important than watching his children and grandchildren play, grow and become successful. His inspiration and foundation was his ever-present love and devotion to his wife, Lynne.
Tommy married his sweetheart, Lynne VaLee Reinbold on May 10th, 1973, and they were sealed for eternity in the Washington D.C. Temple of the Church. To this union were born four children: Johnny, Jana, Benjamin and Andrew.
Tommy saw himself as a simple man, but he encouraged and supported his children to strive to be greater than simple. Tom was always in the background (or in the stands) cheering, supporting and encouraging his family. With Tom’s support and encouragement, his children became Eagle Scouts, Young Womanhood of Excellence, State Band Champions, State football champions and runners-up, Lions Band members, missionaries for the Church, college scholarship athletes, college graduates with advanced degrees, industry experts and most importantly successful adults. He was proud to have a son who served as a Staff Sergeant in the U.S. Air Force and is an Iraq War Veteran. Also, with his backing and encouragement, his wife, Lynne, got a teaching degree and taught at Anderson Elementary for twenty-eight years.
Tommy was preceded in death by his mother and father as well as his brother, Thad Murphy, and sister, Debra Duncan. He leaves to mourn his passing a sister: Diane Howard of Hickory Flat, Ms; his wife Lynne, son John Thomas, Jr. (Angel) of Lawrenceville, Georgia; daughter Jana Murphy of Booneville; Benjamin (Beth) of Choctaw, Oklahoma; and Andrew (Anna) of Spring Branch, Texas, twelve grandchildren, Maya, Eva, Addy, Calvin, Jax, Owen, Aspen, Aliya, Tycen, Liana, Avery, Amber, numerous nieces and nephews, friends and other family. He will be missed by his dear friends David & Maria Maxwell.
Visitation will be Monday, Feb 7th from 5pm to 8 pm at Booneville Funeral Home. The funeral will be at the Church of Jesus Christ of Latter-Day Saints on Tuesday, Feb 8th at 11am with visitation at 10am. The burial will be at the Old Mormon Cemetery in Prentiss County. We thank Booneville Funeral Home for making the arrangements.
Bishop Michael Byrd will preside over the services with pallbearers being: Chris Shaw (nephew), Jax Murphy (grandson), Tycen Murphy (grandson), Calvin Murphy (grandson), Owen Murphy (grandson), David Hare (cousin), Charles Abenante, Ryan Ericksen, Steven Ericksen. Honorary Pallbearers: John Larsen, Mickey Wood, Jimmy Burcham, Randy Pierskey, Steve Byrd, Don Cole, David Maxwell.
Condolences may be extended to the family at boonevillefuneralhome.net.