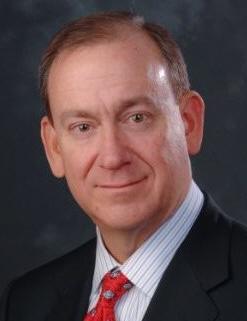 Charles Martin Dunagin Jr., 61, of Houston, TX, died Wednesday, February 2, 2022, at his second home in Oxford, MS. He had been treated off and on for cancer for about four years and had recently been placed under Hospice care at the house he shared with his parents in Oxford. The funeral will be Monday, February 7, 2022, at 2:00 P.M. at Oxford-University United Methodist Church with Rev. Andrew Stepp and Rev. Eddie Rester officiating. Visitation will be held prior to the service beginning at 12:30 P.M. in the Atrium of the church. Burial will follow in Oxford Memorial Cemetery.

Martin, as he was called, was born May 24, 1960, in Jackson, the son of Charles M. and Virgie Sorrels Dunagin. He grew up in McComb where his parents were employed and graduated from McComb High School where he is now in that school’s Alumni Hall of Fame. He then received a bachelor of accountancy degree and a law degree from the University of Mississippi. He later earned a master’s degree in tax law from the University of Houston.

At the time of his death, he was Vice President and Chief Tax Executive for Hess Corp. Martin started his professional career with the accounting firm Ernst and Young upon entering law school. He worked for E&Y in Memphis, Dallas and Houston where he became a partner. Specializing in international tax, especially related to the energy business, he worked for Anadarko Petroleum before joining Hess. Martin was a member of several professional groups and at Ole Miss was a member of Phi Kappa Psi Fraternity. He loved his family, his friends, his church, his work, Ole Miss football and playing golf at Lochinvar Golf Club in Houston and the Country Club of Oxford. He was a member of First Presbyterian Church of Houston.

In addition to his parents, survivors include a sister, Kathy Dunagin of St. Louis, MO, nieces Claudia Anne Whitten of Seattle, WA and Alison Whitten Rians of Dallas, TX, a nephew, Charles Marcus Whitten of San Francisco, CA and several cousins and other relatives.

Expressions of sympathy or memorial contributions in Martin’s memory may be made to the First Presbyterian Church of Houston, 5300 Main Street, Houston, TX 77004, or online at https://fpchouston.org/resources/giving-now-subsplash/ or to either the Law School or School of Accountancy at Ole Miss, University of Mississippi Foundation, 406 University Avenue, Oxford, MS 38655 or online at https://umfoundation.com/main/make-a-gift/.