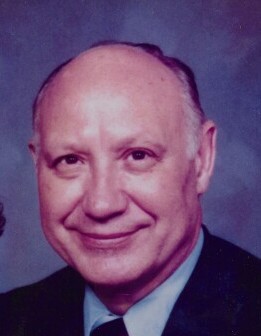 Cecil Sheffield Franks went home peacefully to be with his Lord and Savior Jesus Christ on Sunday, February 27, 2022. He experienced 100 plus years of a life well lived having recently celebrated his centennial birthday. Doctor Franks, as he was known in the community, made Tupelo his home in 1951 when he began his ENT practice as one of four doctors in town. He was born on November 6, 1921 in Dorsey, MS and grew up during the Great Depression in that area during hard times. He became a businessman at age 13 and, through careful saving, he paid for his education which began at Union University in Jackson, TN prior to medical school at University of Mississippi. It was at Ole Miss he met the love of his life, Estelle Mooney. They married prior to moving to Memphis, TN and began their life together there as he completed & graduated from the University of Tennessee School of Medicine. A World War II Navy Veteran, he deployed from San Diego, CA. to the South Pacific where he spent a year aboard ship serving his country. After the war,  he completed his Otolaryngology Residency at Washington University Barnes Hospital in St Louis. Dr. Franks was honored to serve as North Mississippi Medical Center’s Chief of Staff for a term as he provided medical care to the people of Tupelo and the surrounding communities until his retirement. He was a deacon at Calvary Baptist Church where he and Estelle disciplined their children in the Christian faith. Philippians 4:12-13 was his daily walk. The couple enjoyed traveling, raising cattle on his farm and “just being together” as they would say. In 2014, “the tornado” mostly destroyed their house of 60 years. That’s “how they got to Memphis”. After Estelle passed in 2015, Cecil spent his time enjoying his Schilling Gardens Assisted Living family and the caring companionship of serving our Seniors caregivers. He enriched many listeners with amazing stories of his hundred year life, recalling details with accuracy always! He also enjoyed Memphis Grizzlies basketball, golf & tennis, SEC football, old Western movies and treasured visits from family members.

Survivors include his son, David L. Franks and wife Janice of Mantachie, MS; his daughter, Carol F. Akin and husband Dr. Mark Akin of Collierville, TN. his grandchildren: Daniel F. Werhan (Alli) and their children. Tinley & Maddi of Tupelo;  Andrew F. Werhan (Melissa) and daughter, Caroline of Madison, MS; Sarah Akin Raskett (Garrett) and their children, Collins and Kelby of Gulfport, MS; Tucker A. Akin of Washington DC; and Marjie Giannina of Tupelo, MS.; his only sibling,  Sue Miller (Clell); a host of nieces and nephews and cousins.

Memorials may be made to Calvary Baptist Church benevolent fund, St. Jude Children’s Hospital, Union University, or Tree of Life Clinic in Tupelo. Expressions of sympathy may be left at www.hollandfuneraldirectors@comcast.net