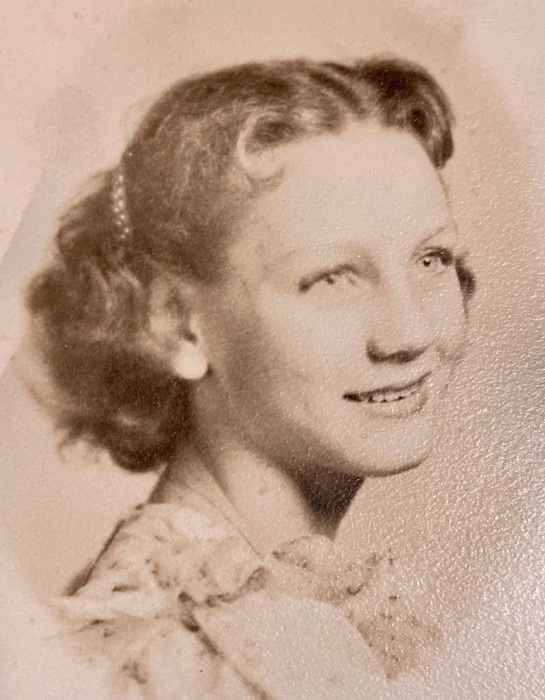 Lila Lee Gurley Marlin passed away peacefully on Sunday morning March 6th with family beside her at The Greenhouses in Tupelo, Mississippi. She was the daughter of Joe Travis Gurley and Mary Lucille Emerson Gurley and only daughter of four children. She was born October 2nd, 1934 in Tishomingo County, attended school and graduated from Iuka High School in 1952. Lila was Miss Iuka at the age of 16. She lettered for 4 years in basketball at Iuka High School and loved her teammates and the game. She was married in 1951 to James Alvin Marlin and they had two sons, James Michael (Mike) and Robert Lee Marlin (Bob). Mrs. Marlin worked at the Highway Department (DOT) prior to becoming a full time stay at home wife and mother to her two sons. She later worked many years at Bancorp South. She was an independent woman that was proud of her family and career. She was an avid sports mom taking and attending both of the Boys many many games for Years and loved cheering them on! She loved her church and was a lifelong member of Wesley United Methodist Church and volunteered many hours in service to the Lord. She loved her Bible and remained an extremely religious and spiritual woman till her passing. Lila was a humble, kind soul that was extremely proud of her sons. She was loved and admired by everyone that knew her. She resided in Tupelo all of her adult life and was also very proud of the community that she was a part of.

Visitation for family and friends will begin at 10:00 Thursday, March 10, 2022 with funeral services following at 11:00 at the Sadie M. Holland Memorial Chapel at Holland Funeral Directors-Tupelo with Rev. Emily Sanford officiating A Graveside service will follow at 1:30 PM Thursday at Pleasant Hill United Methodist Church Cemetery in  Iuka, Mississippi.  Lila Marlin will be laid to rest alongside her Mother,  Mary Lucille and Father Joe.  The family wishes to thank The Page Greenhouse at Traceway Manor-UMSS for Lila’s kind and loving care while residing in the home.

Condolences may be emailed to hollandfuneraldirectors@comcast.net. Memorials may be made to The Mind Center, c/o University of Mississippi Medical Center, 2500 North State St., Jackson, MS. 39216 for Dementia/Alzheimer’s research and or Wesley United Methodist church, P. O. Box 2122, Tupelo, MS. 38803.  For those unable to attend, the service may be viewed at 11 AM Thursday at www.hollandfuneraldirectors.com/Livestreaming and will be permanently archived thereafter