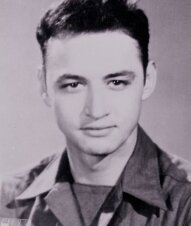 He was a veteran of World War II serving in the Army infantry in the European theater obtaining the rank of acting Sergeant. Upon returning from the war he attended Auburn University graduating with a PhD degree. After graduating he came to Mississippi State University as a professor of poultry nutrition. He was instrumental in research and brought many grants to the Poultry Science Department. He was a nutritional consultant for many poultry industries throughout the world. He was inducted into the Mississippi Poultry Hall of Fame. In the new Poultry Science Building at Mississippi State there is a Dr. Elbert Day Teaching Laboratory.

He was preceded in death by his parents and eight siblings.

He was dearly loved by his family and friends and will be greatly missed.

In lieu of flowers, donations may be made to French Camp, St. Jude’s, or a charity of your choice.