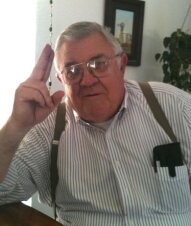 He was preceded in death by his first wife, Robbie. He is survived by his second wife, Karron of 8 years, his daughter Athena Reiche (Hans), son Frank Jones (Shelly), and granddaughter Elaine Reiche.

Tom was a devout Christian and a member of First Baptist Church of Starkville.

He is a graduate of Auburn University and received a doctorate in Agricultural Economics at Clemson University.

He was deployed to the Dominican Republic, Korea and Vietnam while serving in the Army in the 1960’s. He was awarded the Bronze Star and the Purple Heart. He retired as a Lieutenant Colonel.

Services are scheduled for Tuesday, March 15, at 1:30 pm at Welch Funeral Home.