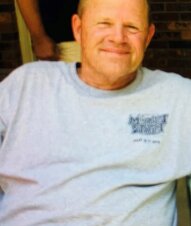 John F. “Bubba” Harrington, 68, passed away on March 14, 2022 at Baptist Memorial Hospital in Columbus, MS. He had various jobs but he retired from H & R Agripower in Inventory Control. Mr. Harrington was a member of Morgan Chapel Baptist Church in Sturgis, MS, where he was a Deacon and a chairman of the Building and Grounds Committee and was also a member of Sturgis Masonic Lodge. He loved to serve others and did so as an EMT volunteer fireman. He was a great husband, father, granddaddy, and uncle. He was “Bubba” to all.

He was preceded in death by his mother, Wanda Rose Hollowell Harrington; and brother, Lee Harrington.