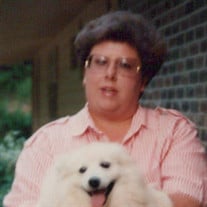 Joan Pettigrew Taylor Walters, 73, passed away on Monday, March 14, 2022 surrounded by family in her final moments. Joan was born on April, 8, 1948 to Carlos and Velera Pettigrew in Tupelo.
Joan served faithfully across North Mississippi in her work as a teller, creating relationships and spreading joy to everyone she came into contact with. She was beloved by so many in the Tupelo, New Albany, and Nettleton communities. As a member of First Baptist Church in New Albany, Joan valued her relationship with the Lord above all. Alongside that, family was everything to her as she spent most of her adult life supporting her son, Russell, and her grandchildren in all their endeavors.
She graduated from Tupelo High School as a part of the class of 1966, and she immediately jumped into the workforce as a bank teller, spending her career at Peoples’ Bank in Tupelo, First National Bank in New Albany, and Bancorpsouth in Nettleton. Joan retired after 42 years of work in 2008, where she spent her retired years with her family in love and fellowship.
She is survived by her second husband James of 14 years; her only child, Russell (49) and daughter-in-law Karen (48); her three grandchildren, John Austin (25), Peyton (21), and Ella Kate (17); and her one great-grandchild, Neil, who was born in February.
She is preceded in death by her first husband, Owen, of 33 years; and her mother, Velera (Sis), and father, Carlos.
Pallbearers will be Randy Parker, Brian Olson, Don Rogers, Parker Tipton, Barry Thompson, and Kenneth Williams.
Visitation will be held for Joan on Friday from 5-8 p.m. at United Funeral Services in New Albany.
The funeral will take place on Saturday at United Funeral Services at 1:00 p.m. with visitation one hour prior as well.
United Funeral Service is honored to be entrusted with these arrangements. For online condolences and guest registry, please visit www.unitedfuneralservice.com