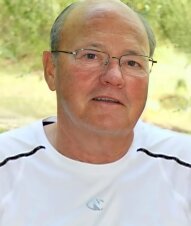 Ronald Duncan, 74, passed away peacefully on March 10, 2022, surrounded by his loving family.

He was born on August 1, 1947 in Ironton, OH and was raised in Raceland, KY. He moved to Mississippi to play basketball at William Carey University and then transferred to Millsaps College to continue to play basketball. There he met his wife Carolyn Wiggers, and they were married on December 28, 1968. They moved to Hattiesburg, MS where he received his Master of Business Administration from the University of Southern Mississippi. He then began the Naval Flight Program in Pensacola, FL and was honorably discharged due to a medical condition.

He and Carolyn raised their four daughters in Starkville, MS and continued to reside there until his death.

He was preceded in death by his parents Vernon Duncan and Hazel Burton.

There will be a graveside service Monday, March 14 at 10:00 AM at Oddfellows Cemetery in Starkville, MS where Rev. Danny Rowland will conduct the service.

In lieu of flowers, donations may be sent to First United Methodist Church of Starkville or any charity of your choice.