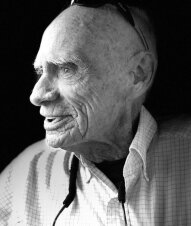 Our Dad, Arthur J, “Scott”, “Toots” Bessette departed this Earth on March 3, 2022, on his own terms and after beating a three-month warning over 5 years ago, blessing us with all those additional memories.

He leaves in anticipation of seeing his wife Valerie Edith (Peck) Bessette of almost fifty years who moved on in 2011. He will be greeted in his new adventure by his parents Arthur B. and Alma Edna (Carrignan) Bessette, his sister Carmen’s husband Russell Malo and numerous Uncles and Aunts.

The legacy he leaves behind include he and Valerie’s children Sheryl Lynn (Bessette) and William “Doug” Almy, of Summerville, South Carolina, Scott Douglas and Barbara (Riedel) Bessette, of Winchester, Virginia and Susan Anne (Bessette) and Scott Willard, of Starkville, Mississippi. He was proud of the uniqueness of each of his grandchildren, Brie, Hayden, Christa, Chad, Alexis, Aiden, Carter and Ellie. He was also blessed with great grandchildren Silas and Raena.

Our Dad and Mom would have celebrated their 50th wedding anniversary a month after Valerie passed away, but it was an incredible life of love, laughter and travel. Scott was born in Pawtucket, Rhode Island & after graduating from St. Raphael Academy in 1954, he pursued a brief career in the Air Force, serving 4 years. While in the Air Force, he was recruited into the Central Intelligence Agency as an operative. He and Valerie married in 1961, immediately travelling to Miami, Florida for his first tour of duty. Those tours would lead him and the family to the Phillipines, Africa, Cyprus, Greece, Virginia and Hawaii. Memorable vacations included stateside as well as global destinations and incredible memories created a strong family bond that we will never forget.

True to form, upon retirement, the relocation habit didn’t change. Scott and Valerie moved to Charlestown, Rhode Island and built their dream solar home, living there for 10 years before deciding the cold was too much. And they once again headed South. They fulfilled another dream when they moved to Oriental, North Carolina and purchased their dream sailboat OGTEO (Our Gift To Each Other). After several years, they once again moved, this time, ironically, to Ocala, Florida and finally to live at the Annex, his own home in Starkville, Mississippi.

In the words of one of his favorite singers, Scott will forever be remembered as doing it ‘his way”. ~Frank Sinatra~