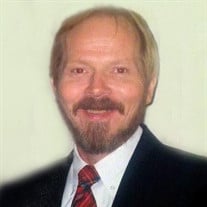 John Harrison Wilson, Jr., 72, of Amory, MS, peacefully passed away on March 29, 2022, after a brief and unexpected battle with a cardiac event resulting in unrecoverable heart failure.

Born in West Point, MS to John Sr. and Viola Wilson, John was a compassionate and fiercely curious young man. John was pointedly passionate about History, Philosophy, and critical thinking from the start and dedicated his life to both his pursuit of helping others learn as well as the health and success of his family.

After he graduated, John landed his first job as a History Instructor at Amory High School. This kick started his eventual long term career in History and political Science as a Collegiate Level Instructor of the subjects he loved. In 1978, John first started dating his wife, Brenda. They married in 1979 and went on to have 3 children. John put family first, always, and was a dedicated father.

John was strong, kind, loving, and supportive father and husband. His knowledge and guidance was the foundation of his family. John strongly believed in his Heavenly Father and loved his Savior. His faith brought him comfort and love.

John was also a passionate firearm and knife enthusiast. He spent most of his retirement doing exactly what he loved: reading, debating, chatting with pals, loving on his grandchildren, and traveling to mountain vacations with his wife, Brenda.

John is survived by his wife, Brenda; their children, Jared Wilson (Chelsey), of Amory, MS, Sharon Battle (Ben), of Mentone, Al and Seth Wilson (Kristen) of Conway, AR; John’s 4 grandchildren, Maile, Johnny, Edie, and Cora; his sister, Geraldine Ward (Charlie), of New Albany, MS and all of their children and grandchildren.

John was preceded in death by his father, John, Sr.; his mother, Viola; his older sister, Johnnie Carol Wilson.

A Graveside Memorial Service will be held on Friday, April 1, 2022, at 4:00 pm at Liberty Cemetery, Nettleton, MS, with Mr. John Cantrell officiating. Everyone is asked to meet at the cemetery for the service.
Donations in lieu of flowers may be made to Amory Humane Society.