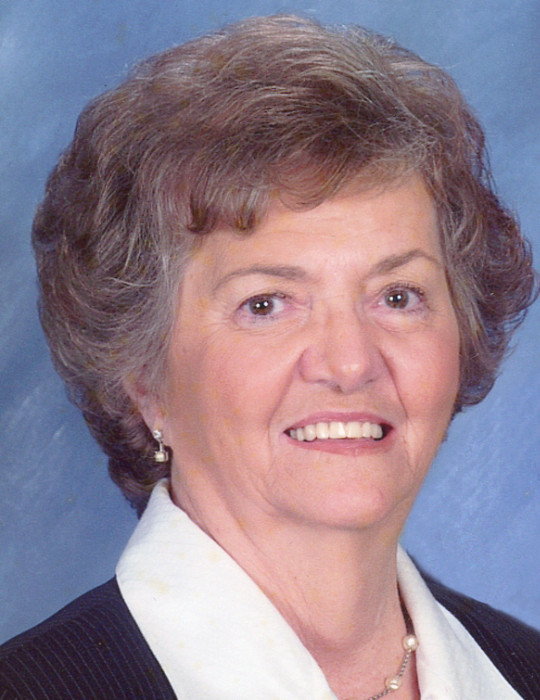 Jo Anne Mann Sheffield went to be with her Lord and Savior on April 26, 2022 at the Sanctuary Hospice House.   Jo Anne was born on October 22, 1931, to John and Evie Smith Mann in the Palmetto community.  Upon the death of her mother two weeks after she was born, Jo Anne went to live with her grandparents, Jim and Lula Smith.  She attended Itawamba County schools where she met her future husband, Charles Thomas Sheffield.

Soon after she married, she attended cosmetology school and opened a beauty salon in her home in Mooreville while her children were young.  Later she went to nursing school and worked for Dr. Charles Wikle, Oral Surgeon, and then for North Mississippi Medical Center surgical department for 25 years.

In her earlier years Jo Anne loved working with children in Sunday school and choir.  Christmas was her favorite holiday, and her passion for entertaining was unmatched.  Christmases at “Grandmother’s” house were memory-making events.  Her excellent culinary skills were also on display during her Christmas festivities.  Her table held many desserts including several of her grandsons’ favorites.  Her flower gardens were dazzling with beautiful plants, which she was quick to share and exchange flower cuttings with her friends and neighbors.

Jo Anne was an active member of Harrisburg Baptist Church where she was a member of the Merry Makers, Heritage Singers, and the Walter Scott Sunday School Class.  She loved her Lord and her family fiercely. Some of her favorite times were spent with her grandsons and great-grandsons, who always brought a smile to her face.

She and her husband had been residents at Mitchell Center Assisted Living at Traceway before her husband’s death.  She continued to remain there where she received excellent care.

A service celebrating Jo Anne’s life will be held at 3PM, Saturday, April 30th, 2022, in the Sadie Holland Memorial Chapel at Holland Funeral Directors-Tupelo, with Dr. Forrest Sheffield and Rev. David Smith officiating.  Visitation will be one hour prior to the service.  Burial will be at Tupelo Memorial Park.  There will be no graveside service.

She was preceded in death by her beloved husband of 73 years, Charles Thomas Sheffield, who died on December 27, 2021; a son-in-law, Eddie Craig Dozier; two sisters, Elaine Wilburn and Hazel Sheffield; one brother, Rex Mann; one niece, Martha Morris; and her parents and grandparents.

Pallbearers will be her four grandsons and Johnny Mann, Thomas Jennings, and Meredith Walker, M.D.  Honorary Pallbearers will be great-grandsons, the Walter Scott Sunday School Class, and employees of Mitchell Center Assisted Living.

Memorials may be made to Sanctuary Hospice House, P.O. Box 2177, Tupelo, MS  38803 or St. Jude Children’s Research Hospital, 262 Danny Thomas Place, Memphis, TN  38105.  Condolences to the family may be posted at hollandfuneraldirectors.com.  Those who cannot attend may view the service Saturday at 3PM or anytime thereafter at hollandfuneraldirectors.com/livestreaming.