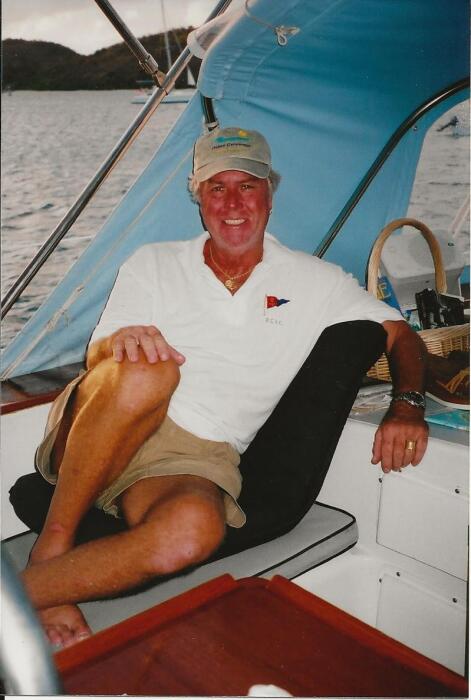 Patrick Andrew Murphy of Fulton, MS, and, formerly of Chicago, IL, passed away on May 10, 2022 at North Mississippi Medical Center Hospice, after a short illness.

Pat was born in Chicago, IL, on September 3, 1938, to Bridget Keenan Murphy and Terence Murphy, both from Ireland. He is survived by his wife of 57 years, Julia Grisham Murphy, and, one brother, Terence J. Murphy, of Chicago, IL. He is preceded in death by his son, Ryan Patrick Murphy, by both parents, a sister (Margaret Murphy Case of Chicago, IL), and, a brother (Andrew Murphy of Phoenix, AZ.)

He had a long career as an attorney with his own law firm in Chicago, IL. He graduated from Loyola Academy, followed by two years' service in the U.S. Marine Corps. Following enlisted service, he attended the University of Illinois at Navy Pier and graduated from University  of Illinois at Champaign-Urbana, IL.  Pat earned his Law degree from DePaul University Law School. In Chicago, he was a member of the Union League Club and the Columbia Yacht Club. Pat was an avid sailor and a certified Captain. He sailed in the Mackinaw and made a trans-Atlantic crossing from Cape of Good Hope, S.A., to the U.S. Virgin Islands. He and his wife operated sailing charters in the Caribbean for four years.

Pat and Julia moved to Fulton, MS for retirement, where Pat became an avid golfer and a builder of fine ship models. He devoted himself to the U.S. Marine Corps League, serving as Commandant. In 2022, he was awarded the Marine Corps Distinguished Citizen Award. He was a friend of Bill W.

A Service celebrating Pat’s life will be held at 11 AM Saturday,. May 14, 2022 at the Sadie Holland Memorial Chapel of Holland Funeral Directors-Tupelo with Father Tim Murphy serving as celebrant. Visitation and fellowship will follow the service at the funeral home.  For those unable to attend, the service may be viewed at www.hollandfuneraldirectors.com/Livestreaming at 11 AM Friday and will be permanently archived thereafter.

Memorials may be made to the U.S. Marine Corps League, P. O. Box 34., Tupelo, MS  38801  Condolences may be e mailed to hollandfuneraldirectors@comcast.net.