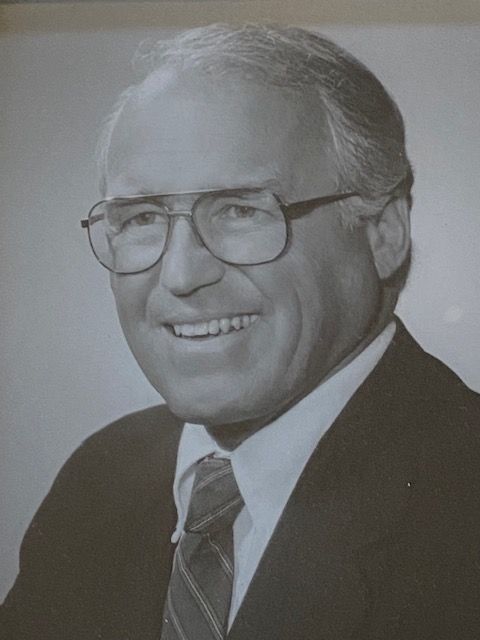 The life of Gus Harrison London began its journey in Memphis, TN  on  Sept 25 1931. Shortly after his birth, he moved to Tupelo Mississippi  where he grew up on Walnut street in the home of Gus and Ethel London. The eldest of four  children,  Harry as his family and friends knew him, went to  Church Street  Elementary, Milam Jr. High and Tupelo High School  where he was Sr. Class President and part of the 1949 THSFootball Championship team.

After High School, Harry departed for Baylor University with a desire to study the Bible and pursue a life of ministry.  All of those plans took a turn when in his sophomore year,  he met fellow classmate  Barbara Batsone, a budding artist from Greeley, Colorado. Their mutual attraction accelerated quickly  and soon the wedding bells were ringing in Greeley on December 27th 1951 shortly after Harry had enlisted in the U.S Air force.

By July 1956 Gus, as he was known in the corporate world, already had a growing family of two of his eventual  four children  began working at United Airlines in San Diego where he would spend the next 38 years in various  and increasing positions of management. Highlights of his professional career included transferring to different cities across the US as his determination and hard work, balanced with sense of fairness and honesty, lead to increasing positions of responsibility. As Gus’ career progressed with Barbara keeping the home life and family grounded,  their travel went from San Diego to Denver with the addition of a third child, and to Boston whereupon their fourth child was born.

Always having a passion for people, Gus was soon working at San Francisco airport as Director of Personnel at United which , as with prior jobs, was a stepping stone, albeit twelve years. The Big Apple was calling and Gus was off to JFK Airport where he was the General Manager of airport operation and restored a once money losing, inefficient airport into a top performing operation of efficiency.

After his two year job in JFK, he returned to the West Coast to Los Angeles where he was VP of the southwest region where he replicated his work in New York, but this time across twenty two cities in his sphere of influence.

Early retirement came in 1988, but it did not last long as Gus joined Lockheed Air Terminal as VP and General Manager until his eventual retirement in 1994.

In parallel to Gus’ career was his active involvement in each of the churches he and his family attuned where he was a Sunday School teacher and Deacon. Throughout his career and his familial life, Harry loved God and the Bible and saw to it that this was central to all of his decisions at work or at home

In 2008 Harry’s wife passed away as a result of complications of Lupus and Harry decided to return to Tupelo for the remainder of life. Throughout his family and career life, Harry and Barbara managed to attend  various Tupelo High class reunions. After returning to Tupelo, he married Sara Rogers Whitten, whom he was married for thirteen years. Harry and Sara attended Harrisburg Baptist Church. In his final days, Harry reflected on his career and family life he quipped : “ Not bad for a boy from Tupelo…”

A service, with military honors, celebrating Harry’s life will be held at 4 PM Monday, May 16, 2022 at the Sadie Holland Memorial Chapel at Holland Funeral Directors-Tupelo with Rev. Dr. Chuck Hampton and Pastor Rob Armstrong officiating.  A family burial will take place at a Linngrove Cemetery in Greely, Colorado at a later date.   Visitation will be from 3 PM-service time on Monday at the funeral home. For those unable to attend, the service may be viewed at 4 PM CST at www.hollandfuneraldirectors.com/livestreaming and will be permanently archived thereafter