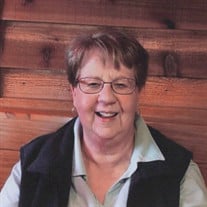 Dorothy Louise Foster Blackburn, 77, passed away on Saturday, May 14, 2022 at Baptist Memorial Hospital – Union County in New Albany. She was born June 27, 1944 in Powderly, Texas to William Irvin and Flora Belle Hutchison Foster.
Dorothy was a member of Fredonia Baptist Church, where she taught pre-school for several years. Before moving to New Albany in 2007, she was an active member of First Baptist Church of Selmer, TN, where she also taught children’s classes. During her life, she volunteered with United Way and hospital auxiliaries. She and Jim enjoyed traveling with senior adult friends. They traveled and cruised throughout the United States and most of Canada. They also served on mission trips in the United States and other countries. Most importantly, she and Jim enjoyed spending time with family, including their kids, grandkids and a great grandkid. She also loved her two dogs, Cooper and Tilly.
Funeral services will be at 4:00p.m. on Monday, May 16, 2022 at United Funeral Service with Bro. Jeremy Vaughan officiating. Burial will be at Ingomar Cemetery. United Funeral Service is honored to be entrusted with these arrangements.
Dorothy is survived by her husband, James F. “Jim” Blackburn; their daughter, Amy Blackburn Hall (Miles); their son, Scott Blackburn; two brothers-in-law, Don Blackburn and Charles “Bubba” Blackburn (Penny); five grandchildren: Clare Hall Reeder (Dylan), Austin Blackburn, Hannah Blackburn, Carley Hall Horn (Cody), and Andrew Blackburn; and one great grandson, Hayden Cole Reeder.
She was preceded in death by her parents and four brothers.
Pallbearers will be Austin Blackburn, Andrew Blackburn, Dylan Reeder, Don Blackburn and Charles “Bubba” Blackburn. Honorary pallbearers will be the Narson McMillen Sunday School Class of Fredonia Baptist Church.
Visitation will be on Sunday, May 15, 2022 from 4:00p.m. until 7:00p.m. at the funeral home.