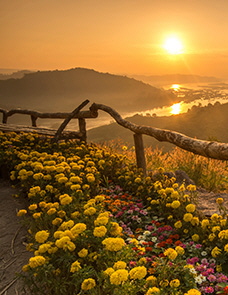 ECRU – Mark Roy Burcham, 58, went to be with his heavenly Father on Tuesday morning, May 17, 2022. He was born on March 24, 1964, to L. R. and Vadeen Burcham, in Tupelo, Mississippi. He resided in the Pratts Community in Lee County during his childhood and graduated from Baldwyn High School in 1982. He received an Industrial Engineering degree from Mississippi State University in 1986. Mark worked for several furniture manufacturing companies as an industrial engineer during his professional career.

Mark was well known in the Friendship community of Ecru, Mississippi, where he has lived for the last 32 years. He coached many little league baseball games, cooked many burgers at North Pontotoc High School and attended football, baseball, and basketball games at the high school watching his son play. He was a good friend, a great dad, a wonderful husband, an awesome son and a well-loved brother. Mark was a member of the Ecru Baptist Church in Ecru, Mississippi.

Mark is survived by his wife of 32 years, Karen Bland Burcham, of Ecru, whom he loved dearly. His son, Blake Burcham, and his wife Megan of New Albany also survive him. His pride and joys were his granddaughters, McKenzie Blair and her little sister, Marlie Blake, who is due in October 2022. He loved McKenzie dearly and was anxiously awaiting the birth of Marlie. They were truly precious gifts from God to their Pop-Pop. Mark is also survived by his mother, Vadeen Burcham, and his sisters, Theresa Hellen; Janet Johnson and her husband Mike; and Joan Blassingame and her husband Joe all of Baldwyn. He is survived by his mother-in-law, Rachel Bland of Pontotoc; his sister-in-law, Melissa Huey and her husband Tracy of Pontotoc; his aunts, Ann Crabb of Booneville; Margaret Burcham of Tupelo; Joyce McKibben and her husband Gerald of Starkville, Mississippi, and an uncle, Bill Colbert of Tupelo. Mark is survived by a host of cousins, nieces, nephews, great nieces, and great nephews whom he loved.

His father, Leland (L.R.) Burcham and his grandparents, James and Vera Burcham and Paul and Ollie Barnett, preceded Mark in death. His father-in-law, Winfred Bland, also preceded him in death.