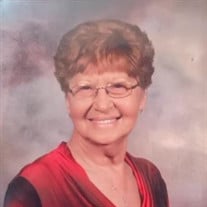 Sandra Crews, age 74, of Loganville, GA went to her forever home Monday, May 30, 2022, at her home with family by her side. She was born November 12, 1947, in Paris, MS to the late Archie and Georgia (Harmon) Thompson. Sandra attended, and graduated from Taylor school in 1965. During that time she would meet somebody that would become the love of her life. A man by the name of Mike Crews. They would marry in 1964, and after Mike joined the United States Navy, would move to San Diego California to start, not only their life long journey, but their family. Sandra had a compassionate and loving heart, attributes that would be beneficial to her as she raised four children aged one year apart. After moving back to Water Valley, she would work for Lowe’s photo studio keeping their books, later going to Big Yank to provide the same service. Sandra was of the Baptist faith and was a member of O’ Tuckalofa Baptist Church.

Visitation is planned for Monday, June 6, 2022, in the Gardiner Room at Seven Oaks Funeral Home from 11:00 AM until 12:00 Noon. Services will immediately follow at 12:00 PM in the Henry Chapel of Seven Oaks with Bro. Dan Dickerson officiating. Burial will be in Oak Hill Cemetery.

As well as her parents, Sandra was preceded in death by her husband, Mike Crews; and one brother, Larry Thompson.