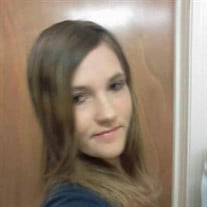 Makayla Lynn Coggins, 23, and her infant daughter, Alayia Izanae Myles, passed away on May 31, 2022 at OCH Regional Medical Center in Starkville. Makayla was born on June 22, 1998, in West Point, the daughter of Terry Coggins, Sr. and Tammy Austin Smith. Makayla attended West Point High School. She enjoyed sports, especially softball. She loved spending time with her babies and hanging out with her friends. She was of the Baptist faith.

Honorary Pallbearer will be Johnny Coggins.