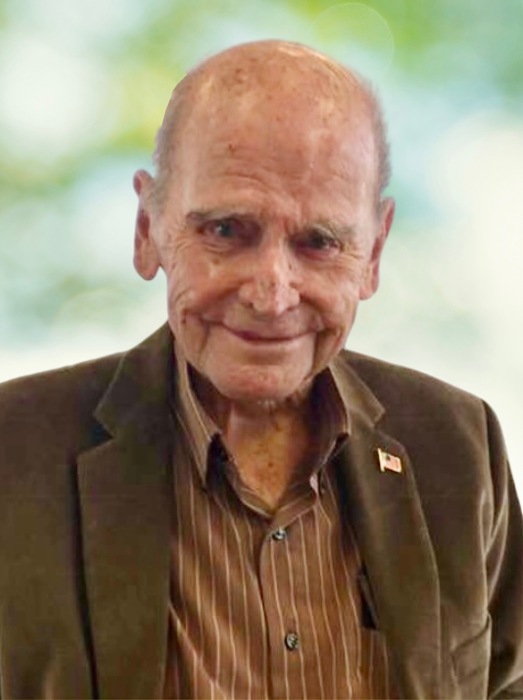 James will forever be remembered as a straight talking, gruff, military man with a big heart who loved his God, family and country.  To his family he was known as “Brother”, husband, daddy, and “Papaw”.  James was born of humble beginnings to Sabrin Ovell Pernell and Whit Field Walters in the countryside near Charleston, Mississippi.  Raised mostly by his grandmother, Mollie Earle Pernell, and his grandfather, Winston A. Pernell, James enlisted in the United States Air Force after completing his junior year of high school.  He completed his GED while in service.  The Air Force provided a career full of adventure, allowing James to live and work in locations such as Alaska, Morocco, the Philippines, and Vietnam.

On August 19, 1950, James married his long-time sweetheart, Evelyn M. Sumner.  Together they pursued a life in the military.  Their son, Robert Franklin, was born in Columbus, Ohio, in 1955, and their daughter, Susan Marie, was born in Bangor, Maine, in 1961.  While stationed in Plattsburg, New York, James was medically discharged from the Air Force in 1973.  The Walters family moved back to Webb, Mississippi, where James began a fruitful life as a retiree.

During retirement, James was an avid fisherman, trapper, and volunteer.  He was a faithful member and Deacon of Sumner Baptist Church.  He also served as President of the local chapter of the Lion’s Club.

In 2005, James and Evelyn relocated to Tupelo, Mississippi, to be closer to family.  Attending church was the first priority of business, and they joined First Baptist Church, where they made many sweet friends.  James particularly enjoyed the senior activities and church music.

James was preceded in death by his loving wife of 70 years Evelyn Sumner Walters; his parents Sabrin and Whit Walters; and his brother Whit Walters.

Today, as we begin the process of laying James to his eternal rest, we will forever remember his love for family, fondness for story-telling, adventures in the military, and the big fish that got away.  We share this poem as a quiet reflection for the days to come:

When I come to the end of the road

And the sun has set for me

I want no rites in a gloom-filled room

Why cry for a soul set free?

Miss me a little–but not too long

And not with your head bowed low.

Remember the love that we once shared,

For this is a journey that we all must take

And each must go alone.

It's all a part of the Master's plan,

A step on the road to home.

When you are lonely and sick of heart

Go to the friends we know

And bury your sorrow in doing good deed:

A service celebrating his life will be held at 11 AM, Tuesday, June 7, 2022, at the Tupelo Chapel of Holland Funeral Directors with Rev. Ricky Young officiating.  Visitation will be from 10 AM until service time Tuesday only at the funeral home.  Friends and family are invited to attend.  A committal service will take place at 3:30 PM in the Magnolia Memorial Gardens at Payne, Mississippi.

In lieu of flowers, donations in his memory can be made to the Harvest Building Fund at First Baptist Church, 300 North Church Street, Tupelo, Mississippi 38804.

A Memorial Tree was planted for James