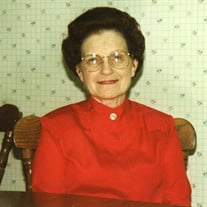 Lynda Stewart Coleman passed away peacefully at Magnolia Assisted Living in New Albany on June 13, 2022. She was born in Birmingham, Alabama on August 14, 1928 to Van and Florine Stewart.
Lynda was a warm, friendly and loving mother and grandmother. On January 1, 1947 Lynda married David Coleman and together they had six children. She became the grandmother of 15 grandchildren, 29 great-grandchildren and 1 great-great grandson. She enjoyed spending time with her family and taking pictures each time they were together.
Lynda was a member of Hillcrest Baptist Church where she enjoyed her Sunday School Class
United Funeral Services is entrusted with the arrangements with Charlie Davis officiating. Burial will be at Wallerville Cemetery.
She is survived by her five children, Marla Nunnelee of New Albany, Kathy Wilburn (Eddie) of Fulton, Alan Coleman (Debra) of Amory, Glen Coleman (Sharon) of Blue Springs and Susan Gafford (Tim) of New Albany; 15 grandchildren; 29 great-grand children and one great-great grandson.
She was preceded in death by her husband, her son Paul Coleman; a son in law Paul Nunnelee; a grandson Scott Coleman and a great-granddaughter, Callie Scott
Pallbearers will be her grandsons
Services will be Thursday June 16th at United Funeral Home visitation from 12:00pm – 2:00 pm with funeral following at 2pm
In lieu of flowers, the family request memorials be made to St Jude Children's Research Hospital, 501 St Jude Place, Memphis, TN 38105