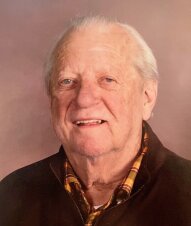 Hugh Anthony Gerald, Jr., of Starkville, Mississippi, went to be with the Lord on June 11, 2022 at the age of 82 following complications from pneumonia.

He was preceded in death by his mother, Dorothy Evans; father, Hugh Gerald, Sr.; and two brothers, Charles and David Gerald.

Born October 10, 1939 in Bogalusa, Louisiana, Hugh attended Provine High School in Jackson, Mississippi, where he eventually met the love of his life, Libby. He served honorably in the U.S. Navy, fulfilling his eight-year military obligation (plus an additional six months due to the Cuban Missile Crisis) as an aircraft mechanic. His mechanical abilities served him well throughout his storied career in the automotive industry. The unique and skillful customization work he put into his beloved 1975 Honda CVCC was even featured in the American Honda Motor Company’s national dealer publication in 1978.

Hugh was also an avid AARL-licensed ham radio operator, under the call sign W5HAG. In his younger years, he enjoyed hunting, fishing, camping, and driving recreational vehicles of all kinds. Later in life, he turned those in for a golf cart and a scooter.

Often referred to as the nicest man on the planet, Hugh was fiercely loyal to his friends and family and even to their friends! He loved keeping up with people, especially on social media. Everyone in his orbit knew that once they were in his heart, they were there forever. Whether they called him honey, daddy, grandad, Hugh, Uncle Hugh or Mr. Hugh, each held a special place in his heart.

Visitation is scheduled for Friday, June 17, 2022 at 12:30 p.m., followed by the Funeral Mass at 1:00 p.m., and then immediately followed by a Celebration of Life Reception at 2:00 p.m., all at St. Joseph Catholic Church, 607 University Drive, Starkville, MS. All of Hugh’s family and friends are encouraged to attend.

All who knew Hugh are forever grateful for the abundant and beautiful time they had with him, his positive impact on their lives, and now having him to watch over them. Cheers, Hugh, to a life well lived.

In lieu of flowers, the family requests donations in Hugh’s name to one or more of the following organizations that were near and dear to his heart: Oktibbeha County Humane Society, The Michael J. Fox Foundation for Parkinson’s Research, or St. Joseph Catholic Church.