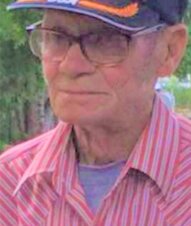 Robert Earl Blade, Sr., 81, passed away on June 20, 2022 in Maben, MS. He was born June 4, 1941 in Washington County, MS to Cornelious Sterling Blade and Bertha Adell Singleton Blade. Earl was retired from Bryan Foods and Mississippi State University Poultry Farm. He was a member of Maben Methodist Church, and also a member of the Lions Club and the Literary Club.

He was preceded in death by his parents; three brothers, and one sister.

Visitation is scheduled for Friday, June 24, 2022 from 12:00-2:00 P.M. at Maben Methodist Church in Maben, MS, with the funeral service immediately following. Rev. Carey Sutphin, Rev. Rodney Glover, and Rev. Robert Goodwin will conduct the service. Burial will be in Providence Methodist Cemetery in Maben.

Memorial donations may be made to Maben Methodist Church and Providence Methodist Cemetery.