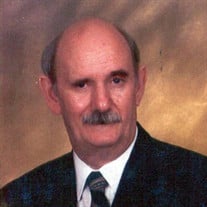 Robert Lynn Cox, 73, of Ingomar, died Tuesday, June 21st, 2022 at his home surrounded by his children and grandchildren after a valiant battle with cancer. He was born August 30th, 1948 in Amory, MS to Lester and Sadie Paramore Cox. He grew up in Monroe County and graduated from Smithville High School in 1966. He was a member of Liberty Baptist Church in New Albany. He was an avid Ole Miss Rebels fan and enjoyed watching any sport that they played.
He proudly served his country in the United States Army and retired from the Army National Guard as a Sergeant First Class after many years of service. He also worked as a parts manager for Wiese USA, retiring in 2009. He was a skilled carpenter, plumber, and electrician. His favorite job of all was being a Pop to his grandchildren.
Services will be held at 2 P.M. on Sunday, June 26th, 2022 in the Chapel at United Funeral Service with Bro. Randy Hamilton officiating. Private burial will be in the Glenfield Memorial Park. United Funeral Service is in charge of the arrangements.
Pallbearers will be Ricky Cox, Jason Parham, Jeremy Lucius, Tony Ivy, Allen Mayo, and Kevan Owen.
He is survived by his daughter, Morgan Coombs (John) of Ingomar; his son, Douglas Griffin (François) of Copenhagen, Denmark; his son, Kelly Young (LaChrisha) of Nettleton; his grandchildren, Jackson, Aidan, Natalie, Samuel, Emma, Zilpha, and Carrigan; and his sister, Jean Ausborn of Amory. He is also survived by a host of nieces and nephews.
He was preceded in death by his parents; his wife, Mary Ivy Cox; his son, Scott Griffin; his brothers Lloyd, Bert, Gerald, Doug, and Wayne Cox; and his sisters Leola Reedy, Laverne Garner, and Virginia O’Quinn.
Visitation will be from 5 P.M. until 8 P.M. Saturday evening, June 25th, 2022 and from noon until service time on Sunday at United Funeral Service.
The family would like to express their heartfelt appreciation and gratitude for the compassionate care provided by Dr. Brad Scott, the staff of HomeCare Hospice, Annie Leseur, and Farrah Hawkins.
United Funeral Service is honored to be entrusted with these arrangements. For online condolences and guest registry, please visit www.unitedfuneralservice.com