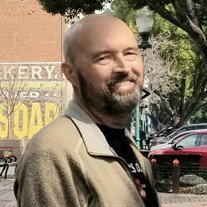 Timothy Alan Little, 52, of Southaven, MS, passed away July 5, 2019. He was born in Corinth, Mississippi on January 20, 1967, he was an Army veteran who served his country in the Iraq War and was a reservist in the Army National Guard. Tim loved working on cars of all types, an avid gun collector and just recently became a certified tattoo artist.

Tim was preceded in death by his grandparents, Herschel Ray Little and Martha Nell King Little and his step-father, Vern Ellwood.

In lieu of flowers, donations in memory of Timothy Alan Little may be made to the Multiple Myeloma Research Foundation, P.O. Box 414238, Boston, Massachusetts, 02241-4238. www.themmrf.org

Coleman Funeral Home of Southaven is honored to be serving the family of Timothy Alan Little.