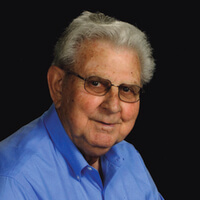 FULTON – Charlie Scott McCarthy was the third son born to Lawrence L. “Pat” and Maggie Sue Hall McCarthy on September 3, 1934. He grew up and attended school in the Centerville and Unity communities of Itawamba County before graduating Itawamba Agricultural High School Class of 1952.

As most rural children in the Great Depression Era, Charlie grew up in “bad times.” But times only got harder following his father’s tragic automobile accident in 1943. Charlie and his two older brothers suddenly became young men of good morals and strong work ethic, tending the family farm and hiring out to other families at a very early age. By age 16, Charlie was driving a school bus from Centerville to Fulton daily and playing football at IAHS.

Foregoing athletic scholarships to Itawamba Junior College, Charlie married his “one and only” Tommie Nell Spradling on February 8, 1952. They celebrated 62 years of marriage before her death in 2014.

In 1975, Charlie was elected to serve Itawamba County as Chancery Clerk and was appointed to serve as Youth Court Judge during his tenure.

Charlie served the City of Fulton as Mayor for two terms. Under his leadership, the city acquired land to expand the singular city ballfield into a baseball complex and added to size and refurbished an additional ballfield on Kennedy Street in Fulton. Charlie was instrumental in acquiring the land for the current IAHS and high school athletic complex. In mediating this land trade, the city also gained the old Fulton Grammar School property. Land was purchased for a rubbish site to be built north of Fulton, and the Fulton Library doubled in size under Charlie’s mediation. A new one million gallon water tank was built south of Fulton along with a new sewer lagoon. The city’s two existing lagoons were doubled in size.

As a businessman, Charlie was one of the seven original investors in building Lake Itawamba. He and a partner built Timbers subdivision in Fulton and another subdivision in the Clay community. He was an Ashley heater distributer. His latest business venture was building a rubbish landfill south of Fulton.

Charlie was not only an astute visionary but also a committed good citizen. He was a member of the Fulton Volunteer Fire Department, serving 34 years with 20 years serving as Captain. During this time, land was purchased and the Fireman’s Club Park was built, serving the town’s people for many years.

Charlie was an active member of the Fulton Lions Club for 51 years, serving hundreds of people through this organization.

Charlie was the oldest tenured male member of Trinity Baptist Church where he and Tommie both served faithfully since 1955. Charlie was a strong Christian man, a devoted husband, and a generous and loving father who will be greatly missed, having departed for his heavenly home on Thursday, July 23, 2020, at age 85.

Services will be at 11 a.m. Saturday, July 25, 2020, at the McNeece-Morris Funeral Home Chapel in Fulton with Dr. Don Baggett officiating. Tom Childs will deliver the eulogy. Burial will be in Itawamba Memorial Gardens.

In addition to his parents and his beloved wife of 62 years, he was preceded in death by two older brothers, Joe McCarthy and John Owen McCarthy, and his younger brother, Billy Jack McCarthy.

Visitation will be from 9 a.m. until service time at the funeral home.

To send a flower arrangement to the family of Charlie Scott McCarthy, please click here to visit our Sympathy Store.