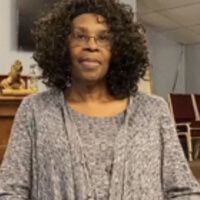 When Verniece was 17 years old, she fell in love and married her soulmate James Arthur Mabry. She fondly told the story of their love and courtship. For a long time, she had a crush on James because they all grew up in the same town. She admired how he was able to talk to anyone and how he had the prettiest smile. Being a shy person herself, she didn’t say much to him, but she knew she wanted to be his wife. Soon James was drafted into the Army during the Vietnam War. With the help of her sister Dorothy Cummings Tillmon, they wrote love letters to him while he was away. James, being the happy-go-lucky man that he was, didn’t want to get too serious and held back on telling her that he loved her; even though she told him all the time. Knowing this, she gave him an ultimatum: she told him that she would stop writing to him unless he told her he loved her. Afraid that the letters would end, James became serious and told her he loved her too and soon asked her to marry him. While on one of his leaves from the Army, she and James married in 1968 with the blessing of her family. She and James remained happily married for 50 years until his death in 2018.

During their marriage, James and Verniece produced four children: Sheba, Adraine, Shawn and Sedrick. Besides loving the Lord and her husband, her children were the light of her life. She was generally a quiet woman but she never missed an opportunity to brag about her four children. She often told them how proud she was of them for going to school and college and receiving degrees.

Although Verniece was a teen-ager when she married and did not finish high school; she eventually returned to school and graduated. She and her whole family were so proud of her accomplishment. She even received a class ring and her family had her a graduation party to celebrate her achievement. While in school, she studied hard and her favorite subject was history. Verniece was much smarter than she gave herself credit for. She was the church secretary for many years and she studied her Bible and was a church Missionary and taught lessons to the congregation. Additionally, she help her husband, James study and pass his insurance license exams that had to be renewed every few years. In fact, truth be told, she studied the exam books herself and gave him the answers!

Verniece was saved, sanctified and filled with the Holy Ghost. She often told the story of how her beloved Aunt Mary Nichols asked her to attend the tent revival being conducted by Rev. Joe Hall in 1966.  She was obedient and attended, but she wasn’t really expecting much. However, when the power of the Holy Ghost fell on her that evening and she was filled with the Holy Spirit on June 14, 1966. She later became baptized in the holy name of Jesus and has lived a Holy and Spirit-filled life ever since.

During her marriage, Verniece became the First Lady of Deliverance Tabernacle Pentecostal Church which her husband, Bishop James A Mabry founded in 1981. They had previously belonged to Faith Revival Center pastored by Rev. Joe Hall. After Rev. James Mabry worked tirelessly for Faith Revival Center, through preaching and holding tent revivals all over MS, Rev. Mabry decided to start his own church. They originally started the church in an old house in Shannon, MS. From there, they built another church also located in Shannon. Bishop Mabry having exceptional carpentry skills, built most of the interior of the church himself with the First Lady and their children right alongside him until the wee hours of the night.

First Lady Mabry was a faithful member and wife and stood by her husband and the church through thick and thin. Knowing that there was a calling on their lives to bring souls to Christ, First Lady and Bishop Mabry oftentimes supported the church financially through their personal finances, because they also worked public jobs to support their family. First Lady Mabry and Bishop Mabry loved Deliverance Tabernacle and its members faithfully and literally poured their blood sweat and tears into building a House of God in which to worship. Eventually, they purchased a new church and moved the congregation to its current location in Tupelo, MS.

After the untimely death of Bishop Mabry in 2018, Verniece was determined to keep the church doors open, even when she stood alone in this decision. She knew that their work for the Lord was not yet finished. After Bishop Mabry’s death, Deliverance Tabernacle went through a transition. But through God’s favor and Mother Mabry’s prayers, the church survived with the help of her brother, Bishop TC Cummings briefly serving as interim pastor until a new pastor was found. Mother Mabry also became Overseer of the church.

Today the church is known as DTC and is being pastored by her beloved Sr. Pastor Deundre Poole. Through his leadership and her oversight, the church has not only survived but it has thrived and grown in membership and in community outreach. Before her death, Mother Mabry was able to see the Life Center built and named after Bishop James A Mabry. Mother Mabry was extremely happy with the direction of the church and showed her joy and happiness nearly every Sunday through praise and worship. Mother Mabry was known for having a Holy dance ready to go anytime the Spirit hit her, because she was not ashamed to Praise the Lord.

To send a flower arrangement to the family of Verniece Mabry, please click here to visit our Sympathy Store.