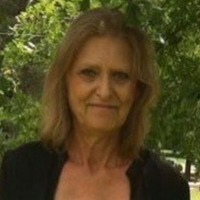 BALLARDSVILLE – Janis Ann Franks, 68, passed away Sunday, August 2, 2020, at the North Mississippi Medical Center. She was born May 18, 1952, in Tupelo to Herman Johnson and Ann Johnson Witt. She retired after 25 years of service as a teacher's aide at Fulton Grammar School. She was a member of Ballardsville Baptist Church. She enjoyed crocheting and antiques, but her greatest joy in life was being Mimi to her grandchildren.

Graveside services will be at 11 a.m. Wednesday, August 5, at the Fawn Grove Cemetery with Bro. Terry Booker officiating. McNeece-Morris Funeral Home of Mantachie is in charge of arrangements.

She was preceded in death by a granddaughter, Paris Franks; her father, Herman Johnson; and her grandmother, Kay Brown.

To send a flower arrangement to the family of Janis Ann Franks, please click here to visit our Sympathy Store.