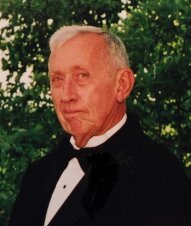 James Dean Norris, Jr. (Jimmy) 78, passed away at Starkville Manor Nursing Home on August 19, 2020. Born on May 13, 1942, he was the much loved son of James Dean Norris, Sr. (Jimmie) and Julia Moon Critz Norris. He was a 1960 graduate of Starkville High School, after which he enrolled in the National Guard and was stationed at Fort Sill, Oklahoma. Jimmy always loved farming. As a young boy and teenager, he helped his father on their family farm and dairy. He later went in partnership with his father-in-law, Carl Stuart Parrish, and farmed soybeans and wheat. He then started farming on his own and especially loved the planting and the harvest seasons. In his earlier years of farming, he was named to Who’s Who in the South. Jimmy was a descendant of some of Starkville’s oldest families. His maternal grandfather, Hugh Critz, was President of Mississippi State University from 1930-1934, during which time the name of the University was changed from Mississippi A&M to Mississippi State College. In 1850, Jimmy’s great great great grandfather, William Gage Gillespie, built the beautiful antebellum Gillespie-Jackson House, which is located on the corner of Louisville Street and Highway 12 in Starkville. This home is loved by many people in this area and is a local landmark. Jimmy was a member of The First United Methodist Church in Starkville. A church attended by his maternal family for many generations. His fourth great grandfather, Robert Lampkin, provided the land on which the church is built, with the stipulation that the land never be sold and that the church would always remain at that location. Jimmy loved this church and attended from his birth with his family, and later as an adult. Even when his health worsened and he did not attend church, he would faithfully watch the services on television on Sunday mornings. His paternal grandfather, W.T. Norris, was one of the founders and original board members of the old Security State Bank in Starkville and Maben Home Bank. His father, Jimmie Norris, Sr., owned the old Lakeside Golf Course and Country Club, which is now the Mississippi State University Golf Course. Jimmy loved to hunt on this family land before it became a golf course, then as a teenager and young adult, he enjoyed playing golf there. He also loved fishing in Norris Lake, which adjoins the golf course. Jimmy was an avid hunter and fisherman his whole life, enjoying hunting and fishing with his sons, Jay and John, his nephews, and his friends. As his health started failing and he wasn’t able to hunt and fish as he always loved to, he would sit on his front porch watching everything that went on around his house and land, reminiscing about the days when he was able to enjoy the outdoors. He always loved to be outdoors. He also liked to hang out at Mike Latham’s Body Shop and spent many days there. A memorial service celebrating his life will be held at a later date, with his brother-in-law, Rev. Roy McKay, and nephew, Rev. Andy Parrish, officiating. Jimmy is survived by his wife, Donna Sue Parrish Norris, of Starkville, sons Jay Norris of Starkville and John Norris (Pam) of Macon, grandchildren, Wyatt Norris and Sarah Norris, and his sister, Mary Lynn Norris Seitz (Kenneth) of Starkville. He is also survived by two first cousins he loved, Jean Critz Lindsey and Dean Norris Mann. They loved him and were always so good to check on him. He was preceded in death by his loving parents, Jimmie D. Norris, Sr. and Julia Moon Critz Norris, his daughter, Laura Dean Norris, who absolutely adored her daddy, and his infant daughter Jeri Lynn Norris. He is having a wonderful reunion with all of them in Heaven now. If you wish to make a donation in memory of him, please donate to The First United Methodist Church, your church, or favorite charity.