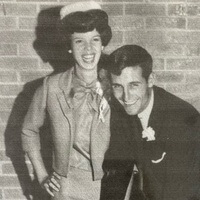 Carolyn Mae Poag, 76, died Monday, September 28, 2020, at North Mississippi Medical Center in Tupelo.  She was born on July 15, 1944, in Greenville, Mississippi, the daughter of Irvin John and Annette Catherine Mauceli Wolf.  Mrs. Poag was a communicant of St. Francis of Assisi Catholic Church in New Albany, a retired LPN having worked at Kings Daughters Hospital in Greenville, and had been a volunteer with the New Albany Food Bank.

A funeral mass will be held on Friday, October 2nd, 2020, at 11:00 A. M. at St. Francis of Assisi Catholic Church in New Albany with Father Xavier Jesuraj officiating.

To send a flower arrangement to the family of Carolyn Mae Poag, please click here to visit our Sympathy Store.