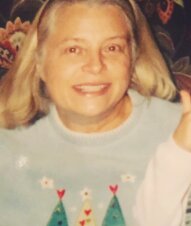 Donna Kay Weaver Montfort, 71, a breeder of championship boxers, an advocate for mentally and physically handicapped children and a wonderful wife, mother, mother in law and grandmother died September 29, due to complications from dementia. She was surrounded by her loving family and her extended family at Choctaw Nursing and Rehabilitation Center.

Donna Kay was born in Starkville, MS on December 7, 1948. She was the daughter of Joe and Kay Weaver and granddaughter of Joseph and Suzelle Thomlison Weaver of Ackerman. She is survived by her daughter Monty Montfort Morrow and her husband Jamey Morrow and their four children, Noah, Elijah, Woodson and Isabella, her son Joseph Montfort, and his wife Brandy Thompson Montfort and their children MacKenzie, Brianna and Hayes, all of Starkville and her sister Ellen Weaver Hartman of Atlanta, GA. She was preceded in death by her husband Clayton Montfort, son Samuel Wren Montfort and her parents.

Donna Kay, a breeder of boxers, fulfilled her dream of winning the Westminster Dog Championship for her boxer Blarney in the late 1970’s. She also worked as an elementary school teacher and a social worker for the State of Mississippi and Community Counseling. She was known throughout the area for her advocacy for handicapped children and was sought out by parents for help. She loved opening her home as a foster parent for multiple children. Donna Kay was a graduate of Mississippi State University and Starkville High School.