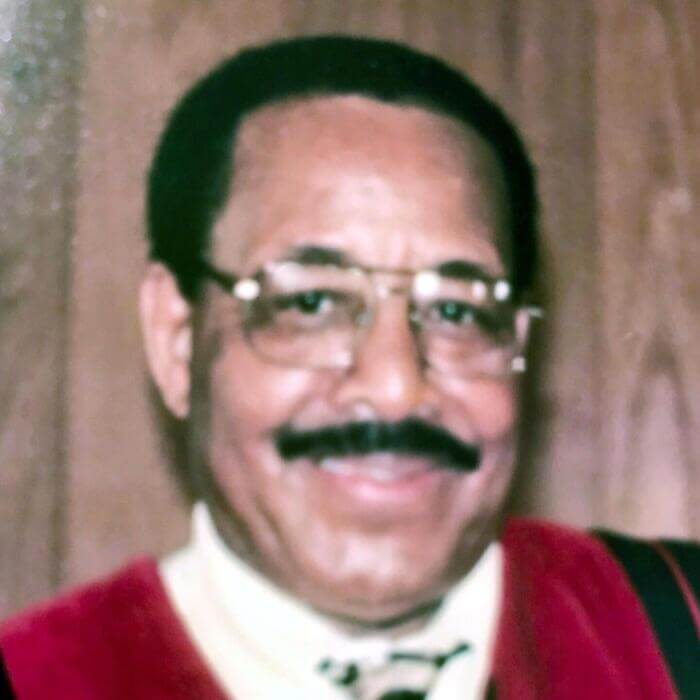 He graduated from Antioch High School in Blue Mountain, MS and served in the United States Army. Upon his honorable discharge in May, 1956, Rev. McKinzie attended the Mississippi Industrial College in Holly Springs, MS. On December 24, 1956, he married the late Beatrice Smith.
They were married for fifty-seven years before her death, and to their union four children were born with two children departing life after birth. He professed a hope in Christ at an early age. He joined Mosley Chapel C.M.E. Church in Blue Mountain, MS and became a Steward in the church. He managed a gospel singing group called the Magnolia Jubilees for several years and traveled in and out of the state to gospel singing programs.

He was called into the ministry by God and preached his first sermon in September, 1973. Rev. McKinzie received his local preacher's license from the Oxford District of the East MS Annual Conference of the Christian Methodist Episcopal Church on November 11, 1973 and has served forty-two years as pastor to twelve different C.M.E. churches in seven counties in Northeast MS. He saved souls, married many couples, and touched the lives of so many. He was a full time worker at American Biltrite Corp for thirty-five years before retiring at the age of sixty-five.

Visitation will be on Tuesday, October 13, 2020 from 3-6p.m., with Moments of Reflection from 6-7p.m. at Serenity-Simmons Funeral Home Chapel in New Albany. Burial will take place on Wednesday, October 14, 2020 at 11a.m. at Corinth National Cemetery in Corinth, MS. Face coverings are required. Serenity-Simmons Funeral Home of New Albany is in charge of the arrangements.