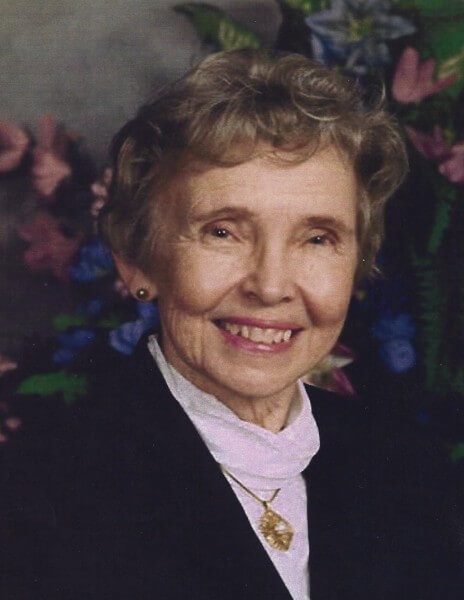 TUPELO – Clara Louise Schoenberger, age 93, died at the home of her daughter on November 13, 2020 at 6:30 PM. She was born in Wharton, Ohio on September 1, 1927 to the late Raymond and Gladys Mae Shaffer. On August 4, 1945, Clara married Luther Schoenberger. Together they had two children, Carol and Ron. Clara graduated from Wharton High School in 1945. During the summer of 1944, she worked as a secretary at Wright Patterson AFB in Dayton, Ohio. After graduation, Clara worked in the office at Buckeye Traction Ditcher in Findlay, Ohio. She was proud that she could save up money to buy a house while her husband served in Japan during World War II. Clara was always a hard worker. Growing up during the depression, she worked on her parents' farm. After her marriage, she continued to work hard on the farm that she and her husband owned, doing everything from driving tractor to picking tomatoes. She loved to garden and preserved both fruits and vegetables for her family. She also owned, managed, and worked a 3,OOO-chicken operation and a grading /sorting pickle station for Vlasic Pickles. Clara owned two banks and served on the board of directors. She was an active member of the Mothers' Club and the Wyandot Hospital Guild. Clara loved music. She and her sister sang on the radio and for different groups in the area. She played the piano and organ beautifully, traveling to the Wyandot County Nursing Home in Ohio once a week to play for the residents. After Clara moved to Mississippi in 1997, she continued by playing weekly at Mitchell Center in Tupelo, MS and at Christ the King Lutheran Church for the After-School Program. In her later years, she moved to Traceway Manor. There she played three times a week for 15 years.

Clara was proudest of all as her role as mother and grandmother. Clara sewed beautifully, and often made dresses for her daughter and granddaughter. She loved to attend soccer and football games, wrestling matches, play board games, and visit the park with all her grandchildren. She even gave driving lessons to her granddaughter. Just doing the day to day activities with her and staying the night was a treat for all of them. Later, Clara enjoyed spending time with and looking at pictures of her great- grandchildren. Her love of children led her to become a Sunday School teacher, a teacher's assistant, and a Brownie leader. In her childhood, Clara was an active member of Beech Grove Church. She and her grandmother would clean the church and make sure the furnace was fired up by 4:00 A.M. on Sundays. Later, she was an active member of Bethany Lutheran Church in Upper Sandusky, Ohio and Christ the King Lutheran Church in Tupelo, MS. Her faith in God guided her throughout her life. Clara lived in Ohio from her birth until 1997, when she moved to Tupelo, MS to be near her daughter. She loved her neighbors in Lee Acres, who quickly became her friends. One neighbor remarked to her, "Clara, we were all just people living beside each other until you came. You helped us all be become friends." Clara was just like that with people.

A Celebration of Life Service will be held later in Ohio. Holland Funeral Directors-Tupelo Chapel is entrusted with the arrangements. Condolences may be emailed to hollandfuneraldirectors@comcast.net.