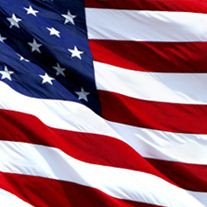 Alvie Wesley “Jack” Smith, age 99, went to be with his
Lord and Savior, Jesus Christ on November 30, 2020 at Mississippi Veterans Home in Oxford. He was a lifelong member of Pleasant Ridge Baptist Church. He was born on March 26,1921, to Albert Wesley and Nancy Kent Smith. He graduated from Center High School in Union County, MS in 1942.
Jack was a World War 11 veteran and served his country in the
Army. During the war, he was in England, Scotland, France, and
Germany. He witnessed the Ford Building being bombed in England.
He was the last living of fifteen children.
After the war. Jack came back to Keownville and became a farmer.
He loved his farm and was exceptionally good at it. He lived with his
parents as a single man until he was fifty. At that time, he married his
high school sweetheart, Ewell Garrison. They were married for ten
years prior to her death. He later married Doris Hall and they were
married for twenty years, until her death in February of 2017.
Jack had no children of his own but his sister, Inez Smith Hogue, lost
her husband during the war, and she and her infant daughter, Nadine,
lived with Albert, Nancy, and Jack. Jack became a father figure to
Nadine. He attended her father's funeral in England where he was
buried. He was exhumed after the war and brought back to Pleasant
Ridge cemetery. And Jack attended his funeral for the second time.
Uncle Jack, as he was fondly called, was loved by many nieces and
nephews, great nieces, and nephews, and he loved them all.
Visitation will be on Wednesday, December 2, 2020 from 10:00a.m. until service time at 11:00a.m. at Pleasant Ridge Baptist Church. Burial will be at Pleasant Ridge Cemetery.
United Funeral Service is honored to be entrusted with these arrangements. For online condolences and guest registry, please visit www.unitedfuneralservice.com