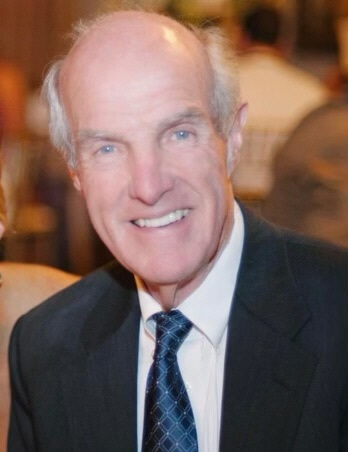 James Streett “Jimmy” Kaigler, 77, died Monday, Nov. 30, 2020, at the Mississippi State Veteran’s Home in Oxford, MS. A funeral mass will be held Thursday, Dec. 3, 2020, at 11 a.m. at St. John the Evangelist Catholic Church in Oxford with Father Joe Tonos officiating. Visitation will be held prior to the service beginning at 10:30 a.m. at the church.

A graveside service is planned for Saturday, Dec. 5, 2020, at 10 a.m. in Floral Hills Memorial Gardens in Gulfport, MS, under the direction of Riemann Funeral Home. Waller Funeral Home is in charge of local arrangements.

Born in Clarksdale, MS, to the now late Cecil Percy and Patricia Streett Kaigler, Jimmy served as a Captain in the United States Air Force from 1966 to 1972. Following his tour in Vietnam, he was awarded the Bronze Star for meritorious service. He earned a Bachelor of Business Administration in 1966 from the University of Mississippi before completing a Master of Health Administration in 1974 at Washington University School of Medicine, St. Louis.

Jimmy enjoyed a long career in health care management while raising his family in Gulfport, MS, where he was a member of Rotary and was a past commodore of the Gulfport Yacht Club. Following his retirement as president and CEO of Memorial Hospital in Gulfport, Jimmy surrounded himself with his loving family and relished in days spent with his grandchildren. In 2018, Jimmy and Lee moved to Oxford, home of his beloved Ole Miss Rebels. Jimmy’s devotion to his Catholic faith and his family were a true testament to the depth of his heart and character. All who were fortunate to know him were touched by his fun-loving spirit. He was truly one of a kind.

The family would like to offer their sincere gratitude to the staff of the MS State VA home for their attentive care and the sincere compassion that was shown throughout Jimmy’s illness. We are forever grateful.

Memorial contributions in Jimmy Kaigler’s memory may be made payable to the University of Mississippi Foundation, 406 University Ave., Oxford, MS 38655, and directed to the Kaigler Family Scholarship Fund.