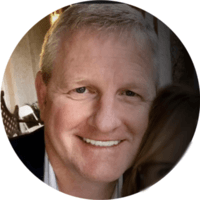 PONTOTOC – Richard “Richie” Darren Wingo, 55, died November 30, 2020 at his home in Pontotoc surrounded by cherished family. He was born on February 17, 1965 in Pontotoc to Bennie and Linda Jones Wingo. Richie bravely battled a glioblastoma tumor for the last 5 months.

Richie was known as a kind, loving husband, father and granddaddy. He was a selfless provider who put others’ needs and wants before his own. His life could be summed up in one word…sacrifice. He sacrificed his time in order to bless others. Richie’s daily prayer was, “Ok God, who can I bless today?” He was a friend to all who knew him. Rich was Vice President of Operations for Harcros Chemical. He enjoyed golfing, hunting but most of all spending time with his family.

He was a 1983 graduate of Pontotoc High School, where he was an outstanding baseball player. He continued his education at Itawamba Junior College and was second baseman for one of Coach Roy Cresup’s champion squads! He was selected to play in the Mississippi Community College All-Star Game, received a baseball scholarship to Delta State University and completed his business degree at University of Mississippi in 1987.

He was preceded in death by his parents Bennie and Linda Jones Wingo and grandparents Hugh and Mary Wingo, Billy and Evelyn Jones.

To send a flower arrangement to the family of
Richard "Richie" Darren Wingo, please click here to visit our Sympathy Store.