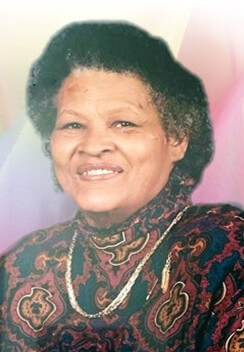 Maurice Rutherford Spears was born September 24, 1931 to the late Charles and Alice Hill Rutherford in Blue Mountain, Mississippi. She departed this life on Wednesday, December 2, 2020.

Maurice Rutherford Spears was united in holy matrimony to Arthur "Bill" Wade Spears in 1950. Together they were the parents of twelve children.

Maurice worked in private homes and was a member of Zion Chapel M.B. Church.

She was preceded in death by her parents; Charles and Alice Rutherford, her loving husband, Arthur "Bill" Wade Spears, one son; Hubert Spears and one daughter; Christine Spears.