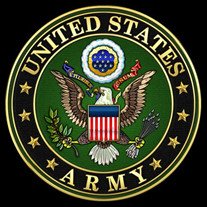 Henry Vincent Rider, age 91, of Southaven, MS passed from this life Sunday, December 13, 2020, at his home in Southaven, MS. He was born February 7, 1929, in Memphis, TN to the late George and Mary Rider. After graduating from Whitehaven High School, Henry joined the Army where he faithfully served our country for 2 years. After returning home, Henry founded, owned, and operated Rider Plumbing Company for over fifty years. He was also very interested, and participated, in politics. He served as Desoto Election Commissioner for three terms, where he always ended the meetings by singing the national anthem. His joys were many, which included sports, bowling, golfing, running in 5k’s, and singing.

Visitation is planned for Thursday, December 17, 2020, in the Gardiner Room at Seven Oaks Funeral Home from 1:00 PM until 2:00 PM. Services will follow at 2:00 PM in the Henry Chapel of Seven Oaks with Bro. Eddie Randolph officiating. Burial will be in Walker Cemetery.

Henry is survived by his wife of 65 years, Margie Walker Rider of Southaven, MS; one daughter, Sharon Francis; two grandsons, David and Daniel Francis; and one sister, Gloria Gingery.

Along with his parents, Henry was preceded in death by two brothers, George Rider, Kenneth Rider; and three sisters, Mary Bass, Dorothy Phillips, and Francis South.