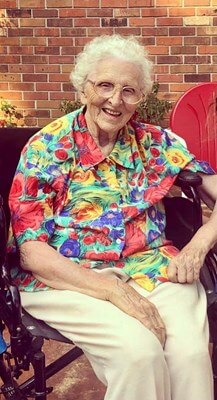 Emma Ray Grove, 88, passed away Friday, December 25, 2020, at Baptist Memorial Hospital in Booneville. She was born August 14, 1932, to Sid and Pauline Stevens. She was a LPN for several years. She was a member of Smith’s Chapel Free Will Baptist Church, and the VFW Women’s Auxiliary. She enjoyed talking on the telephone, playing cards and dominoes, flowers and her dog, Bailey.

A Celebration of Life service will be at 2:00 P.M. Thursday, December 31, 2020, at McMillan Funeral Home with Bro. Tim Blakely officiating. Burial will be in Smith Cemetery.