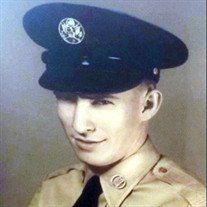 Willie Leslie Whitten Jr, age 85, of Southaven, MS died Saturday, January 2, 2021, at Baptist Memorial Hospital in Southaven, MS. He was born July 31, 1935 to the late Willie and Lena (Finch) Whitten. WJ, as know by his friends, was a man that dedicated himself to everything he set is mind to do. Being stationed in England, he served his country in the Air Force. After returning home, he continued to serve in the TN Air National Guard. As a civilian contractor, he was the owner and operator of Fix Base Operations in Hattisburg, MS and Grenada, MS until he retired. His joys were that of a simple fellow, as he loved to fish and hunt, But nothing was closer to his heart than his family.

Due to the current situation affecting our country, the family has chosen to hold a memorial service at a later date.

Willie was preceded in death by both of his parents.