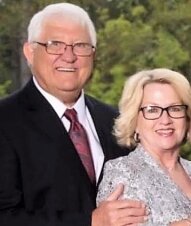 Donald was born in Starkville, MS and resided in Maben, MS his entire life.  He was a graduate of Maben High School and served his country in the US Army during the Vietnam War as a patriot.  He was a successful business owner of Maben Auto Parts that enjoyed giving back to his church and community.  He was a Godly man, a gentleman, a kind soul that greeted everyone with a smile, hug, or hand hake and always answered the call to help anyone in need. He loved his country, Mississippi State sports, but his favorite past time was loving his family.  He especially loved doting over his wife of 54 years, Brenda Raines O’Brian.  Donald and Brenda were married August 14th,1966.  An inseparable couple, they enjoyed life together.  They thoroughly enjoyed making a home together on Donald’s family land on Douglastown Road.

Donald was preceded in death by his parents, Arnold and Lorene O’Brian; his siblings, Carolyn Jenkins, Darrell (Bud) O’Brian, and Thomas Wayne O’Brian.

A memorial service will be conducted at 10:00am on Friday, January 15th, at Maben Memorial Gardens.  All friends and family are invited.

In lieu of flowers, the family asks that donations be made to Maben First Baptist Church Building Fund in Maben, MS.