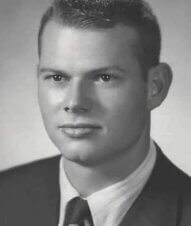 The family will be celebrating Otha Lee’s life with a service beginning at 10:30 A.M. Saturday, January 16, 2021, at Life Church GTR in Columbus, MS with a committal service to follow in Greenwood Cemetery in West Point, MS. The family will receive friends thirty minutes prior to the celebration service in the church sanctuary at 10:00 A.M. Pastor Jody Andrews will be officiating the services. Those honored and privileged to serve as pallbearers will be Andy Shurden, Chris Shurden, Brad Carson, Ben Shurden, Hunter Carson, Dale Hill, William Durr and Barry Blessike.
Otha Lee was born December 15, 1943, one of eight children, in Starkville, MS to the late Emory Otha and Homa Lee (Phillips) Shurden. He grew up in West Point, MS and graduated from West Point High School in 1962. After high school he then joined the 223rd Engineering Battalion with the Mississippi Army National Guard. He later graduated with a degree in Education from Mississippi State University. He taught and coached at Shivers Middle School in Aberdeen, MS, but spent most of his career in sales and construction.
Otha Lee was a proud father to his children, grandchildren, and great grandchildren and he was a special friend to many. He performed country music for many years, enjoyed people and being with family. He would never think twice about helping a stranger in need.
Those left to cherish his love and memory are his children, Andy Shurden of Starkville, MS, Chris Shurden (Amy) of Nashville, TN, Lynn Durr (William) of Starkville, MS, Brandi Blessike (Barry) of Eupora, MS, and Brad Carson of Forest, MS; four sisters, Sandra Savage of Southaven, MS, Linda Hammond (Abner) of Baton Rouge, LA, Vicki Hill (Roger) of New Hope, MS, and Lisa Shurden of Memphis, TN; and sister-in-law Kay Shurden of Starkville, MS. Otha Lee’s memory will also live on through his twenty grandchildren and six great grandchildren. Other than his parents, he was preceded in death by his daughter Kimberly Carol Shurden (Eupora), his two brothers, Michael Shurden (West Point) and James Kelly Shurden (Starkville); and sister Lou Savage (Batesville).
The family requests that in lieu of flowers memorial gifts may be made to The Cross of Christ for Starkville, P.O. Box 2123, Starkville, MS 39760.