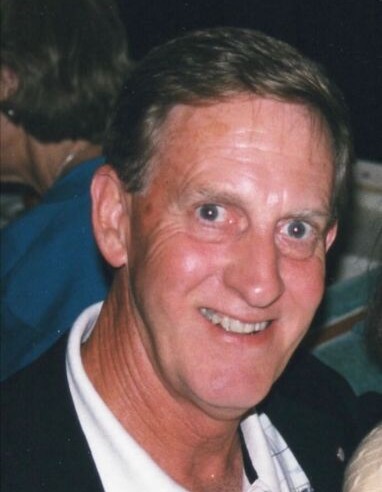 OXFORD – William Lee (Buck) Stevens passed from this life on May 22, 2021, in Oxford after a brief illness.  He was the son of Mary Ida Stevens, née Lee, and Joseph Robert Stevens.  A native of Carrollton, he was a graduate of J.Z. George High School and the University of Mississippi where he received a B.S. in Pharmacy.  He later received a Master’s of Divinity from Reformed Theological Seminary.

Buck practiced as a community pharmacist until 1994 when he became the Executive Director of the Mississippi State Board of Pharmacy.  During his tenure at the board, he worked unceasingly to promote the profession of pharmacy as part of a team providing healthcare to the citizens of Mississippi.  Because of his efforts, the Mississippi Board received the Fred T. Mahaffey Outstanding Board of Pharmacy award, the highest award given a board by the National Association of Boards of Pharmacy (NABP).  Buck was awarded the Bowl of Hygeia in recognition of his service to his profession and his community.  The American Druggist magazine chose Buck as one of the 50 most influential pharmacists in America.   In its 100th year, NABP named Buck Honorary President “for his service to public health, for his dedication to the profession of pharmacy, and for his unshakable integrity and unsurpassed humanity.”

In the early 1990s, Mississippi First Lady Pat Fordice asked Buck to spearhead an effort to send much-needed medical supplies to the former Soviet Union.  Buck founded Mississippians Reaching Out, a non-profit organization dedicated to providing humanitarian aid to the St. Petersburg region.  As a result of his efforts, St. Petersburg received, among other things, a new state-of-the-art CAT scanner, the first new CAT scanner in a city of 6 million.  In recognition of his humanitarian aid efforts, Buck was made a Knight of the Order of Saint John of Jerusalem.

During his humanitarian aid missions, Buck recognized an opportunity for cultural exchange with the museums of St. Petersburg.  From this grew the Palaces exhibitions in Jackson, Mississippi.  Although many said it could not be done, Buck established an international cultural exchange organization and raised millions of dollars to support the first exhibition, The Palaces of Saint Petersburg – Russian Imperial Style, which had the highest attendance of any art exhibition on the United States in 1996.  It was followed by The Splendors of Versailles, The Majesty of Spain, and The Glory of Baroque Dresden.

Following his time at the Mississippi Board of Pharmacy, Buck became the Senior Vice President for Governmental Affairs at PDX in Fort Worth, TX.  Upon retirement from PDX, he moved to Oxford so he could more closely follow his beloved Ole Miss Rebels.  He enjoyed playing golf, traveling, and meeting with his cronies at the Beacon for coffee every morning.

A celebration of Buck’s life will be held at 1 PM Tuesday, May 25, 2021 at Oxford-University United Methodist Church with visitation beginning one hour prior to service time. A graveside service will be held at 4 PM Tuesday in Evergreen Cemetery in Carrollton, Miss. Holland Funeral Directors is honored to be serving their friends.

In lieu of flowers, the family asks that each person donate to the charity of their choice.

Condolences may be left for the family on Buck's memorial page at www.hollandfuneraldirectors.com.