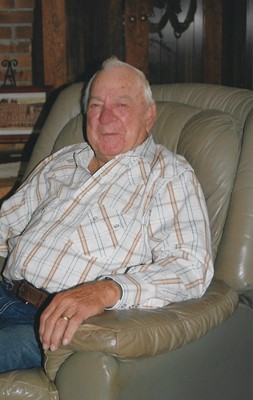 Pistol was born in Pontotoc, October 10,1933, to Wylie and Clemence Russell. He took over maintenance of East Pontotoc Water Association shortly after it was built in 1968. He maintained Algoma, Troy, Randolph, Oak Hill, Primrose, and Toccopola Water Systems at various times throughout the years, eventually retiring in March of 2010. In July of 2011, Pistol was recognized as a finalist for Water Supply Operator of the Year by Mississippi Water and Pollution Control Operators Association. Pistol loved spending time with his large family, going to ball games, and playing practical jokes on his friends. He was a member of the Pontotoc County Foxhunters Association and enjoyed many years of field trialing and running dogs. He was an avid member of the Algoma Store round table for many years.