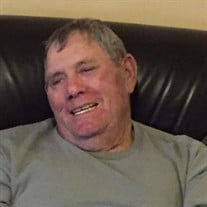 West Point, MS – William Richard "Dickie" Haga, 75, was born on September 15, 1945 and passed away on June 16, 2021 at his home in Mhoon Valley. He was the son of the late James Edward and Elsie Ford Haga. Dickie married his wife Pam on June 14, 1976 in West Point. He was a loving husband, father and grandfather. Dickie was an over the road truck driver for many years and in 1981 he started his own trucking company until 1999. In 2000, he ventured into raising catfish and continued that business through 2016. He always had a garden with a variety of tomatoes which he loved to share with friends and family. He was a lifetime farmer. Dickie enjoyed animals and listening to old country music. He was a charter member of the "The Breakfast Club" at Cathy's Restaurant in West Point. He will be missed by all that knew him.

Survivors include his wife Pam Haga of West Point; his daughters, Becky Vaughan (Greg) of West Point, Jessi Haga of Nashville, TN; his son, Billy Haga (Brittany) of West Point; 4 grandchildren; Laykin Haga, Will Haga, Levi Haga and Jake Vaughan. Those preceding him in death were his parents