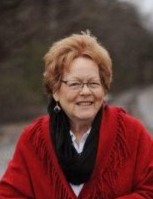 Jesma Ellen Scott Smith, 80, was born on April 22, 1941 in Tishomingo County, the baby of 8 children of the late Joel Ansley Scott and Flora Holcomb Scott. They were legendary citizens and strong families with many ties in Northeast Mississippi.  She departed this life at 11:04 PM Thursday, June 17, 2021 from the Baldwyn Nursing Center where she had resided the last 18 months.  Known far and wide as Jett, she had a gregarious personality, unlimited energy, an independent but cutesy countenance and met life every day with zeal, zest and purpose.  Her laugh was contagious and her love for her large family was unquestioned. She married James Smith on May 3, 1963.  He died Aug. 19, 2010.  Jett and her sister Nan were in direct sales with fashionable lines of jewelry all their lives. They were active members of the Mount Vernon Baptist Church.  Family gatherings, big meals and lots of storytelling and laughter were a treasure to her.  Later in life, she partnered with Billie Robinson in the Mount Vernon Place wedding venue where their talents were highly sought and appreciated. Nana’s grandchildren and great grandchild were her “trophies” and she faithfully attended all their activities until her health failed.

All services will be private to the family.  A public visitation for Jett will take place from 3:30 PM-6 PM Monday at the Tupelo Chapel of Holland Funeral Directors with Bro. Bobby Robbins officiating. She will be interred in Lee Memorial Park.

Memorials may be made to Mt. Vernon Baptist Church, 937 Mt. Vernon Road, Tupelo, MS 38804. The service may be viewed at www.hollandfuneraldirectors.com/Live-streaming at 3 PM Monday and will be permanently archived thereafter. Holland Funeral Directors is honored to be serving the Scott/Smith family.